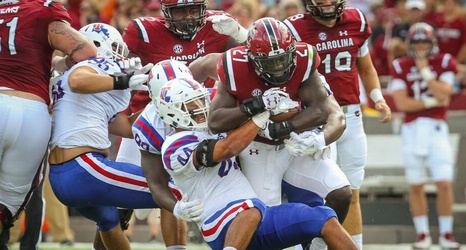 An uncharacteristically rough outing for its pitcher and lackluster hitting with runners in scoring position sunk South Carolina in its series opener against Florida on Thursday.

A career-best outing from its pitcher and a much-needed power surge helped USC even the series Friday, as the Gamecocks slugged their way past UF, 6-3.

All told, Carolina (21-14, 4-10 SEC) connected for four home runs on the evening, its most in conference play this year. Sophomore catcher Luke Berryhill had a two-run blast in the third, preceded by a solo shot from junior shortstop George Callil and followed by two more solo blasts from junior third baseman Quinntin Perez and senior first baseman Chris Cullen in the fourth.