‘As good as it gets’: Gamecocks’ NFL stars marvel at new football ops center 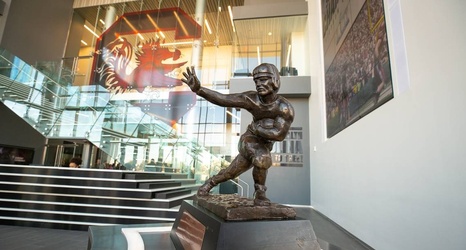 See all the bells and whistles in the Gamecocks' new Long Family Football Operations Center in this 360 video. By

On Saturday, some of the former Gamecocks playing in the NFL got their first look at the $50 million, 110,000-square-foot Cyndi and Kenneth Long Family Football Operations Center that opened in January.

“It is unbelievable,” said Hayden Hurst, who is going into his second year with the Baltimore Ravens. “If I was a kid coming into college, that is as good as it gets.