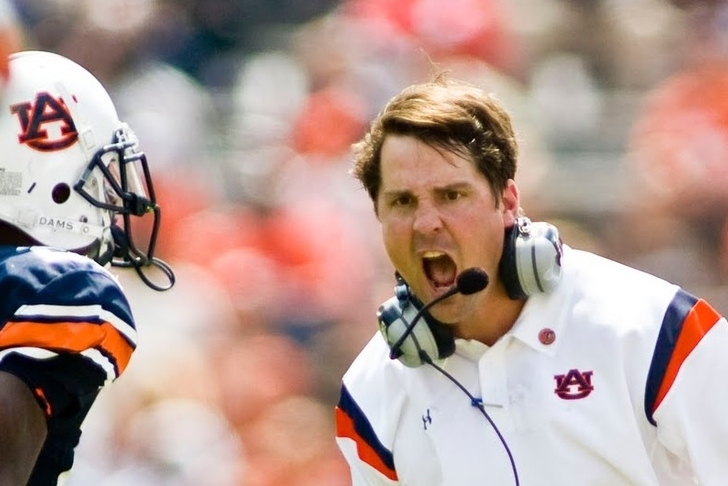 The South Carolina Gamecocks have found the man to replace legendary head coach Steve Spurrier in Auburn Tigers defensive coordinator Will Muschamp, if this next report from a trusted South Carolina insider to be believed.

"While it is still not 100 percent confirmed, based on what I am hearing right now, I will be surprised if Will Muschamp is not South Carolina's next coach.

"8:24 update: I am hearing an announcement will likely be made tomorrow with a press conference to follow on Monday. Still looking like Muschamp."

According to multiple national and local reports, Muschamp was slated to interview for the job with athletic director Ray Tanner by the end of this weekend. He has been tied to the Gamecocks opening for weeks now, and Steve Spurrier himself has reportedly endorsed Muschamp as a potential heir apparent.

Oklahoma OC Lincoln Riley, former Rutgers coach Greg Schiano and Cal coach Sonny Dykes were all expected to interview for the job as well, according to FOX Sports' Bruce Feldman. Interim coach Shawn Elliott has already had his face-to-face interview. Feldman also pointed out that the opening was likely to be filled by Sunday.

Muschamp, 44, went 28-21 as the Florida Gators' head coach from 2011-14. He took over Auburn's defense shortly after being fired by the Gators, but he was unable to fully resuscitate the Tigers' defense during a disappointing 6-6 campaign. Several reports have indicated that Muschamp is unlikely to remain at Auburn, regardless of whether or not the South Carolina job pans out.

Prior to taking the Florida job, Muschamp made his name as a defensive coordinator at LSU from 2001-04. He also had a first run with Auburn as DC in 2006-07, along with his work as Texas DC (2008-10) in the three years leading up to his hire in Gainesville.