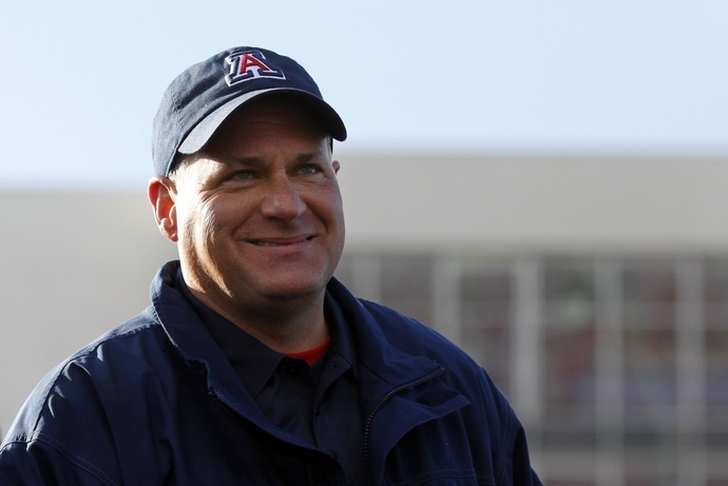 It'll be roughly a month and a half before the South Carolina Gamecocks start the official search for Steve Spurrier's permanent head coaching replacement, but some intriguing names have already come to light as possible options for university athletic director Ray Tanner.

While Alabama defensive coordinator Kirby Smart, Houston coach Tom Herman and Memphis coach Justin Fuente are the three names many around the program consider to be the prime candidates for the job, Arizona Wildcats head coach Rich Rodriguez is another name to keep an eye on as the search moves forward.

"Rodriguez did not immediately come to mind when I started to think about potential candidates for South Carolina," ESPN's Travis Haney wrote in a recent Insider article. I assumed he would stay at Arizona until a bigger job -- say, LSU or Florida State -- became available. But as I discussed the possibility with agents and coaches, as well as with people close to the Gamecocks' search, it seems distinctly possible that the 52-year-old Rodriguez and Tanner will eventually talk."

Sources close to the Gamecocks program indicate that Tanner has the blessing of the school leadership board to offer as much as $5 million per year to the right candidate. Steve Spurrier, for a point of reference, was making about $4 million.

Rodriguez is 31-16 in his fourth season at Arizona and has won 106 games overall during his 13 1/2 year FBS coaching career. He's currently making $2.8 million in base salary with a annuity-like plan built into his contract that would pays off following the 2019 season.