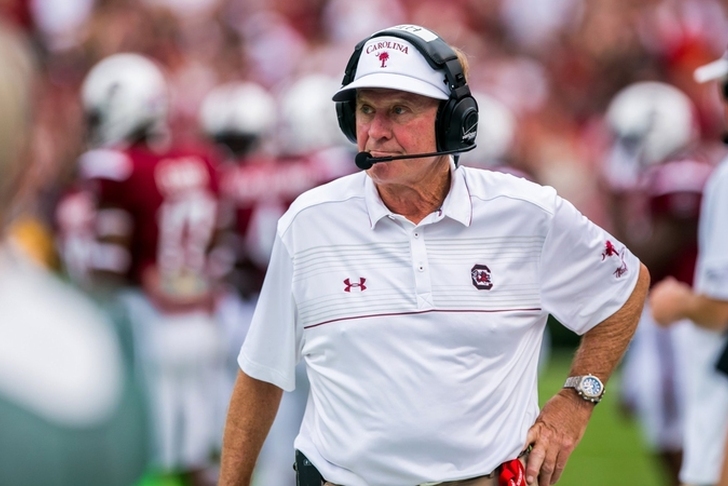 The Ol' Ball Coach will no longer roam the sidelines for the South Carolina Gamecocks.

Spurrier's Gamecocks are 2-4 this season, with an 0-4 SEC record.

Footballscoop.com is reporting that Spurrier's retirement is immediate. Quarterbacks coach G.A. Magnus will take over as interim head coach, according to thestate.com.

Spurrier posted an 228–89–2 record as a college football head coach. He had success at previous stops with Duke and Florida. He won a national championship, seven conference titles and nine conference coach of the year awards. While his time with the NFL's Washington Redskins was far less successful, but Spurrier was beloved by many.

More on this as it develops.