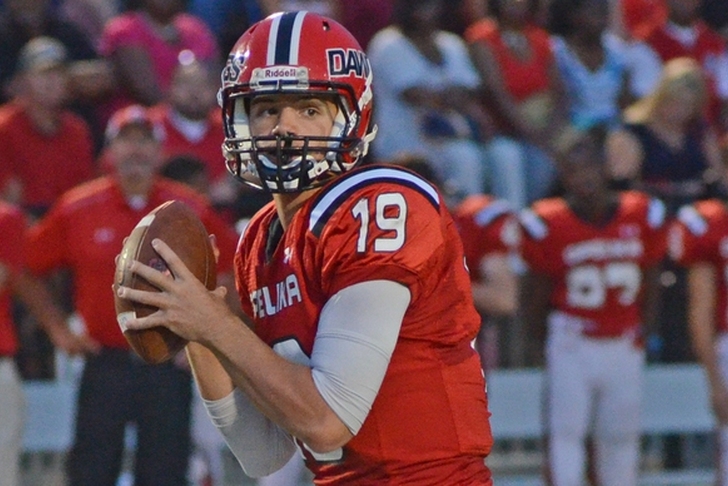 The South Carolina Gamecocks have been tearing up the recruiting trail under new head coach Will Muschamp, and that hasn't been any more evident than when they got a commitment from Jake Bentley on Thursday, the No. 5 rated pro-style quarterback in the country in the class of 2017.

First off, he has all of the physical tools you look for. At 6'4" and 215 lbs, he has prototypical size, but he isn't a stiff - he has showed very good mobility throughout his high school career. No one is going to mistake him for Connor Shaw running the ball, but he has the ability to routinely make plays with his legs.

Most importantly, he has exceptional arm talent. Bentley already has what would be one of the strongest arms in college football, and he also has displayed the excellent touch you want. One look at his highlight type shows you just the kind of quarterback he can be:

Bentley's connection to the program comes from his father, Bobby Bentley, who is South Carolina's running backs coach and former head coach at Byrnes high school. Being a coach's son, Bentley knows the ins and outs of the game that will help him make an easy transition to the college level.

He threw for 2,834 yards and 28 touchdowns with just eight interceptions as a junior at Opelika (AL) High School, giving the Gamecocks perhaps their QB of the future. Bentley picked South Carolina over Alabama and Auburn, among others.

Current true freshman Brandon McIlwain is one of the frontrunners to earn the starting quarterback job this season, but Muschamp is intent on bringing in as much talent as possible at the position to create competition.