Five Things We Learned About South Carolina In Week One 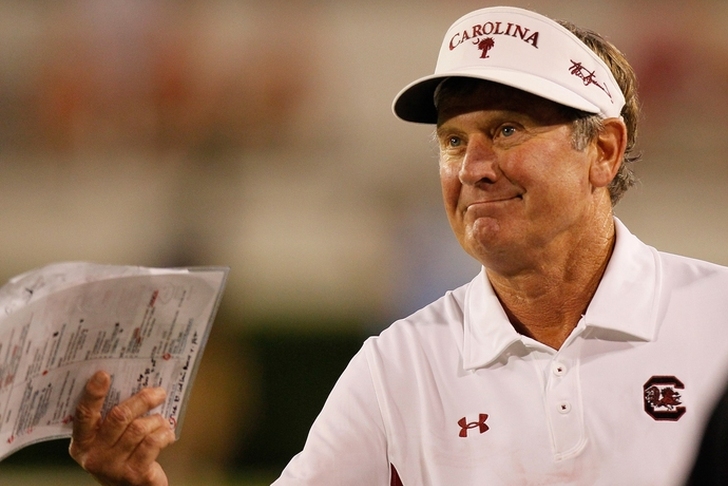 The South Carolina Gamecocks were victorious against the North Carolina Tarheels, winning 17-13 to start their season with a 1-0 record. The Gamecocks entered the 2015 season with a lot of intrigue concerning both the offense and defense, and here's five things we learned about the team in their debut game:

5. North Carolina was a better team this season than they were in 2013.

The Tarheels impressed me by showcasing some big receivers in the passing game and creating holes on interior run plays. This team has progressed since the Gamecocks opened their 2013 schedule with them in Williams-Brice Stadium. The Tarheels also showed some improvements under first-year defensive coordinator Gene Chizik, and they were able to get the South Carolina offense off the field. The Tarheels' defense only gave up one home run play, which was Shon Carson's 48-yard touchdown scamper down the sideline. The offense is going to gain yards against just about every opposing defense they face, but Larry Fedora will have to teach Marqise Williams to protect the football in the red zone.

4. The Gamecocks need to find their identity on offense heading into the Kentucky game.

The offense flourished and struggled against the Tarheels' defense. While the Gamecocks proved that they could control the line of scrimmage by running ball, Connor Mitch had a tough time throwing the football. South Carolina produced 254 yards on the ground, with Shon Carson leading the way by rushing for 75 yards and touchdown on four carries. If the Gamecocks can become consistent with moving the football, they have the weapons to be dangerous. I expect to see Pharoh Cooper receive a lot of more scripted touches next weekend.

3. South Carolina has legitimate talent at running back.

Brandon Wilds, David Williams and Shon Carson all proved that they were capable offensive weapons. Wilds ran the ball effectively between the tackles and proved to be a solid target out of the backfield. He's diversified his game by implementing speed and finesse to his bruiser-like style. Williams earned his keep, gaining 42 yards on 10 carries. He did face some difficulties handling passes out of the backfield but played well overall. Shon Carson was the catalyst, scoring on the 48-yard scamper that won the game for South Carolina.

2. The Gamecocks were impressive on Special Teams.

Elliot Fry did miss a 57-yarder, but he did make a very important kick from 25 yards. Fry should have been utilized in the fourth quarter when the Gamecocks turned the ball over on downs deep in North Carolina territory. Punter Sean Kelly played great in his first game, booting five punts that averaged 46.2 yards each. Kelly was also able to pin the Tarheels within their own 20 twice and had a couple that were close that reached the end zone for touchbacks. South Carolina preformed very well with their kick coverage, containing a very talented returner in Ryan Switzer, who has five career punt returns for touchdowns.

1. The South Carolina defense proved to be capable. 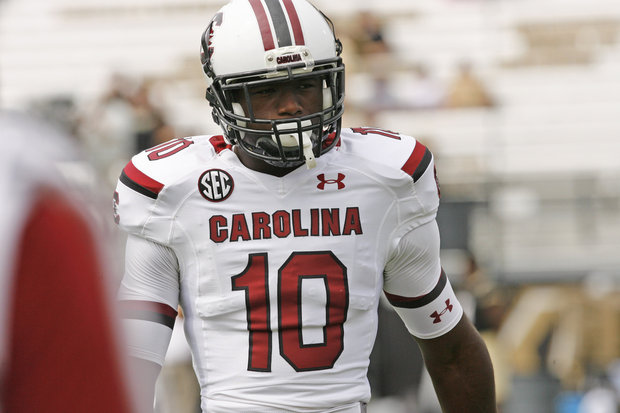 I thought we were reliving last season after Perry Orth's quarterback sneak was stopped, turning the ball over to the Tarheels late in the fourth quarter. Last season, the Gamecocks suffered more than their share of late-game losses. South Carolina created three turnovers (all interceptions) in the red zone against the Tarheels, and that proved instrumental to the Gamecocks' 17-13 victory. The defense shut out a very good North Carolina offense in the second half, and Marqise Williams' three red zone interceptions were the first red zone INT's that he's thrown in his career at North Carolina. The South Carolina defense allowed sophomore running back Elijah Hood to turn in his first 100-yard performance as a Tarheel, but ultimately the Gamecocks made defensive plays when they needed to the most. The improvement was absolutely evident with the Gamecocks' pass rush, as South Carolina finished with four sacks against Williams. Transfer-safety Isaiah Johnson made a great, clean hit to end a Tarheels' drive, and the Gamecocks really looked like they've turned the corner since last year on the defensive side of the ball. If the defense can play consistently like they played against North Carolina, they'll give the Gamecocks the best chance to win each game on their 2015 schedule.

South Carolina showed vast improvement in some areas, but there's still a lot of aspects of this team that could use growth and development. Overall, it wasn't a glamorous win over North Carolina, but the Gamecocks showed that they have the potential to make some noise in 2015. Next week, South Carolina begins conference-play by hosting the Kentucky Wildcats at Williams-Brice Stadium for their first home game of the season.

As always, thanks for reading! Be sure to follow me on Twitter @griffaldo for more on the Gamecocks, and also check my weekly SEC Power Rankings after each week this season.