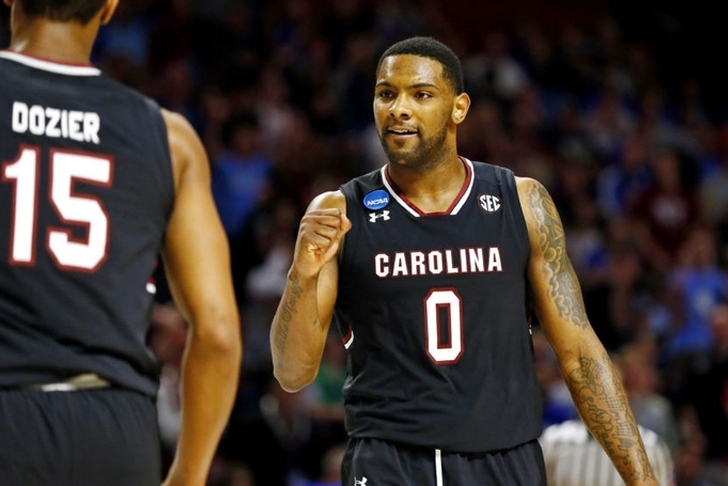 The clock has not struck midnight yet.

After upsetting Duke last weekend, the South Carolina Gamecocks have advanced to the Elite 8 for the first time in school history with a convincing 70-50 win over the Baylor Bears.

South Carolina's stifling defense led the way away, limiting Baylor to just 30.9 percent shooting - including just 25.0 percent in the first half.

That defense spearheaded a big first half for the Gamecocks, who trailed for just 1:28 in the opening minutes. After Baylor took a 15-13 lead with 10:01 to play, South Carolina reeled off an 18-0 run that really broke the game open. That lead reached as many as 21 points early in the second half, and though Baylor was able to cut that down to 11, SC responded with a 9-1 run.

Baylor never threatened again after that.

Sindarius Thornwell provided most of the offense for the Gamecocks with 24 points and six rebounds. Three other starters also scored in double digits, headlined by big man Chris Silva (12 points, seven rebounds).

Johnathan Motley (18 points, nine rebounds) was the only Baylor player who scored more than nine points.

South Carolina will now face the winner of (4) Florida/(8) Wisconsin on Sunday with a berth in the Final Four on the line.