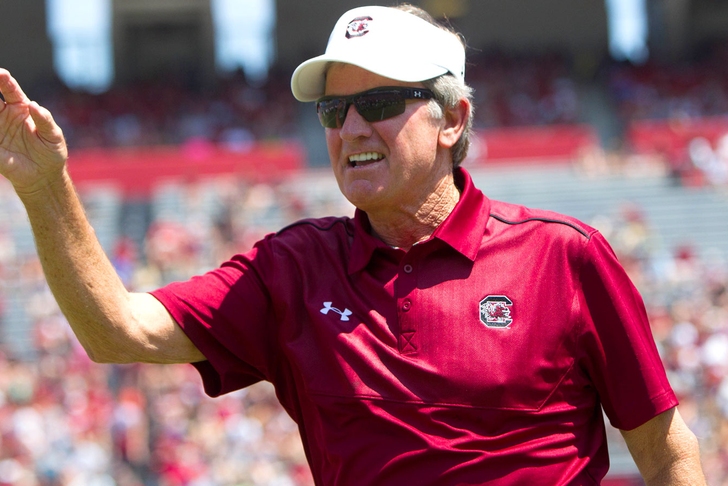 South Carolina's defense has been beyond terrible this season, and they've been looking for a boost from someone. Walk-on - and former United States Marine - Michael Washington stepped up and came through for the Gamecocks today against Furman.

The 27-year-old defensive end recovered a fumble late in the first quarter, ending a Furman drive in the red zone.

Washington joined the Marines after graduating high school in 2005 despite having scholarship offers to play football at Clemson, South Carolina, and NC State.