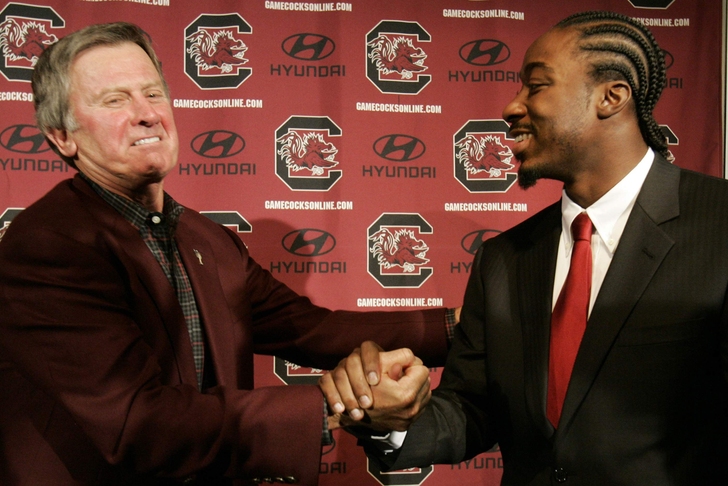 On Wednesday, Marcus Lattimore officially informed the San Francisco 49ers that he intends to retire. Lattimore was San Francisco's 4th-round draft pick in 2013, but never saw the field thanks to the persistent knee injuries that limited him while he was with the Gamecocks.

Gamecocks head coach Steve Spurrier immediately reached out to Lattimore, telling the former running back that he has a definite place at the university. Lattimore majored in public health at South Carolina, but declared for the NFL Draft before graduating.

Lattimore was the SEC Freshman of the Year and First-Team All SEC in 2010, and was named to the All-SEC Second Team in 2011 despite missing time with his knee issues.