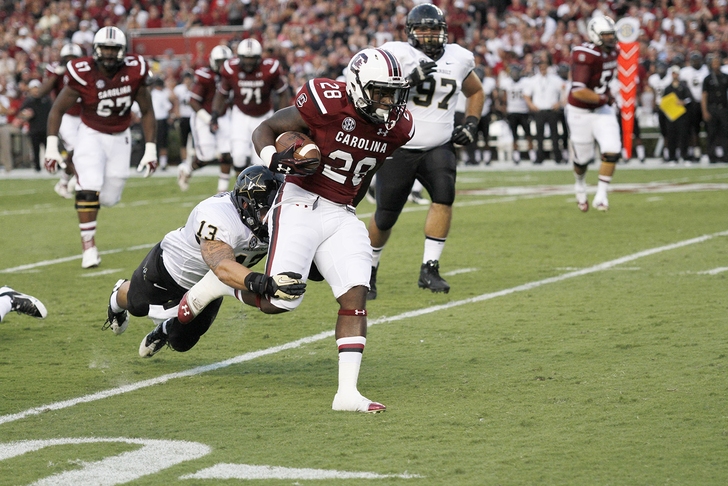 South Carolina had an extremely disappointing 6-6 year, but still have a chance to salvage something of their season with a bowl victory. Who could the Gamecocks end up playing this postseason?

The Tigers were one of the country's surprise teams this year, and rose up the AAC standings fast. They're likely headed to the Birmingham Bowl, where the Gamecocks may end up if they miss out on the Belk Bowl. Playing Memphis won't appeal to South Carolina fans, but the Tigers will be playing their hardest to beat an SEC team.

The Wolfpack are one of the candidates to play in the Belk Bowl for the ACC, setting up a matchup between the largest fan bases in the Carolina's. The only thing that could potentially prevent this matchup is the ACC sending a team with a better record to the bowl, which would be Duke.

Two straight losses for the Blue Devils have dropped them down the ACC rankings, but are still in position to go to the Belk Bowl. South Carolina will almost certainly end up there, which would create a matchup between two programs on the rise. While the Blue Devils might not draw the fan interest some other teams will, they will provide the Gamecocks with the best game.