South Carolina vs. Coastal Carolina: Who are the Chanticleers? 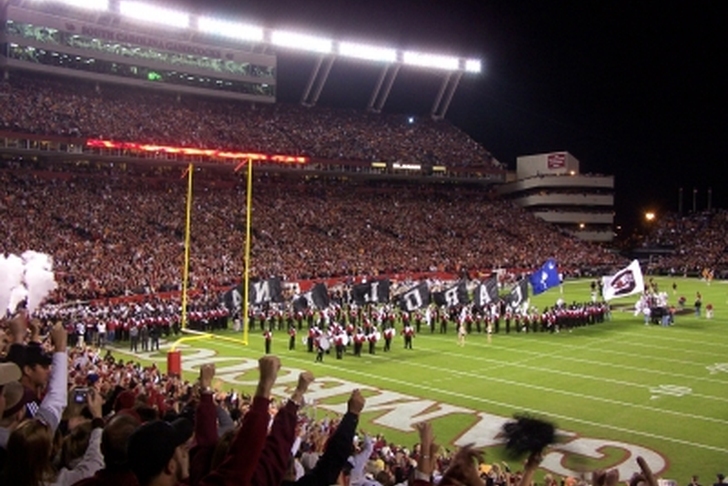 South Carolina is currently playing the waiting game, watching Missouri in their final two SEC Contests to determine which SEC East will play in Atlanta. This week the Gamecocks face in-state foe, Coastal Carolina for the first time in school history.

With the Chanticleers playing in the FCS, many Gamecock fans are unaware of the type of competition their team will face Saturday. So, let's take a closer look at some the threats the Chanticleers will present when they are on offense Saturday.

Taliaferro, individually, is 5th in the FCS in rushing yardage and has 23 TDs on the ground and 1 TD receiving. Not to mention Taliaferro is only a candidate for the Walter Payton Award, which is the FCS equivalent to the Heisman Trophy. If the Gamecocks let this big, physical runner make plays and move the chains, the Chants could see some success on offense.

Alex Ross doesn't have the statistics that make him a Walter Payton Candidate like Taliaferro, but the sophomore quarterback poises a dual-threat ability that flourishes in this zone-read, spread offense. Ross has been extremely efficient throwing the ball, completing 65% of his passes and throwing for 17 TDs with only 6 INTs.

Ross is also a significant threat on the ground in the red zone, as he has scored 7 rushing TDs just this season. Ross leads an offense that is stingy with the football and doesn't turn it over much. Ross ranks 25th in the FCS in all purpose yardage, and he will have to have a big day to make the Chanticleers relevant Saturday.

So, there obviously isn't much to say statistically about an offensive lineman, but the Chants' Right Tackle will try to take on his toughest assignment of his career against eventual first round (possibly first overall) pick, Jadeveon Clowney. It will be interesting to see how Herring will hold his composure in front of a rowdy Williams-Brice crowd.

Defensively, there's not much nice to say about the Chanticleers. They allow over 400 yards per game, on average. The formula to success for Joe Moglia's team has been to simply win shootouts against opponents with inferior offenses. That formula has worked well so far, with the Chants only dropping one game this season to their fellow shareholders of the Big South Championship, Charleston Southern.

This weekend, that won't be the case - South Carolina has many more significant weapons on both sides of the ball. It might take a little while for the Gamecocks to wake up, but this should be a nice practice test before hosting bitter rivals Clemson. The Chanticleers run an offense that's somewhat similar to the Clemson Tigers', without a lot of the "smoke and mirrors" that Chad Morris is famous for using.

Steve Spurrier has confirmed that RB Mike Davis and QB Connor Shaw will not start Saturday due to nursing miscellaneous injuries. Spurrier is confident that both will be ready when the Gamecocks host Clemson on November 30th.