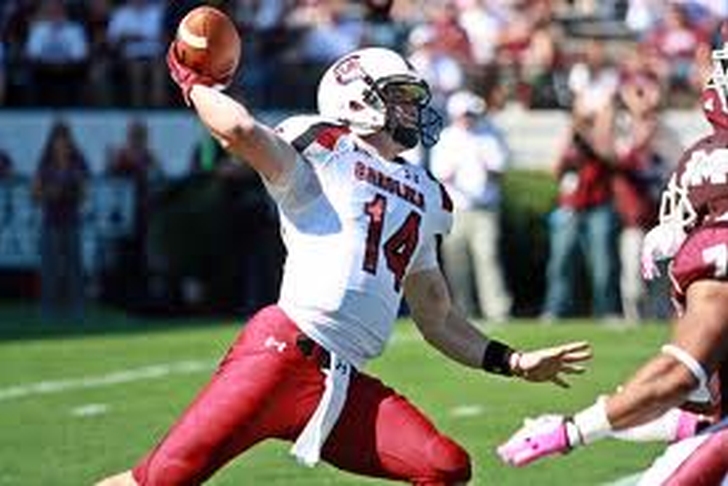 Today, it was announced that South Carolina Senior QB Connor Shaw was selected as one of the ten finalists for the Unitas Golden Arm Award. The Golden Arm Award is an award presented to a senior quarterback that, along with achievement on the gridiron, possesses strong character and top-notch leadership.

Those characteristics define Connor Shaw well. He's by far one of the gutsiest in the game of college football. Shaw is 14-0 at home in his tenure as starting quarterback for South Carolina, and this year he has thrown 18 touchdowns to just 1 interception. His leadership skills have been second to none, and he proved that by resurrecting South Carolina's SEC Title hopes a couple of Saturdays ago in Columbia, Missouri.

The Johnny Unitas Golden Arm Award will be presented on December 13th in Baltimore, Maryland.