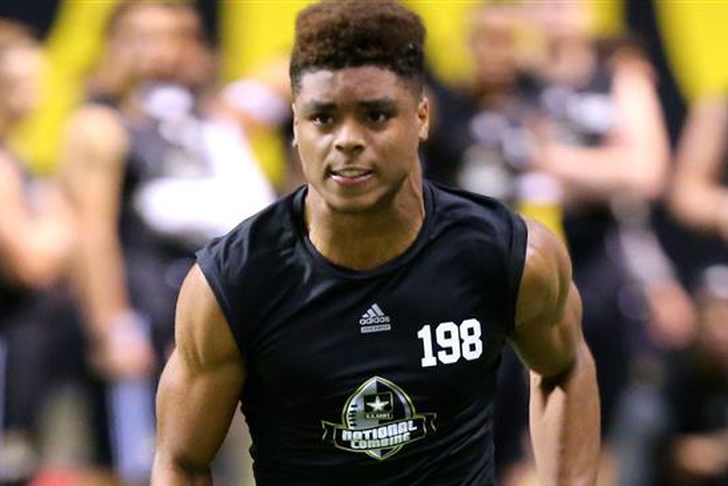 The South Carolina Gamecocks had a disappointing 7-6 season, but there’s plenty to look forward to as they look to retool and reload for 2015 and beyond on the recruiting trail. Who’s on their way to Columbia? Who’s still deciding? All this and more in our recruiting roundup:

DB Damon Arnette of Fort Lauderdale will take two official visits to Louisville and Ohio State later in the month, but says he's still firmly committed to the Gamecocks.

“Everything is still strong (with USC),” Arnette told SportsTalkSC's Phil Kornblut.  “As the clock comes down, they just want to make sure I’m not one of those kids that decommits.  They have a plan in place and they think I’m a big part of that plan.  We are going to be like those teams that are 11-2 and 10-3 and my class is on the way to pick everything back up.  I’m still strong on them.  I could see myself getting early playing time. Right now South Carolina is the best place for me.”

He will visit Louisville January 16th, SC on the 23rd and Ohio State on the 30th.

MISSISSIPPI STATE COMMITMENT TO GIVE SC A CHANCE

Three-star cornerback Maurice Smitherman is already committed to Mississippi State, but he is wavering on that decision. In a recent interview with 247sports, he said he was very interested in South Carolina and will give them a chance to flip him from the Bulldogs as he's interested in the opportunity to play right away.

FAU PUNTER TO TRANSFER TO SC

Sean Kelly, who spent two seasons at Florida Atlantic, said Sunday he will enroll at USC this week and join team as a walk-on this Spring to compete for the team's vacant punter position.  Kelly spent the fall out of football at Tallahassee Junior College, and also considering enrolling at Florida State.

Kelly walked-on at Florida Atlantic where he averaged nearly 43 yards per punt in 2013. He made two unofficial visits to USC this season.