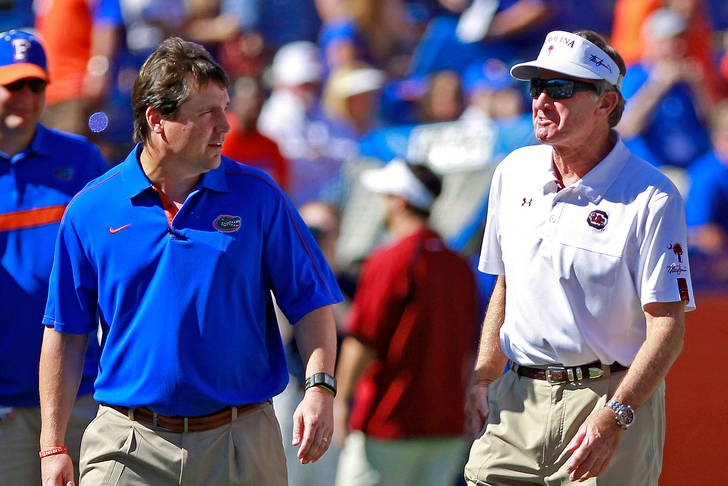 Florida fired head coach Will Muschamp Sunday morning, and there is already a lot of speculation surrounding who will replace him in Gainesville. As for Muschamp, he's left trying to find another job where he can rebuild his reputation.

That opportunity could come at South Carolina, where the Gamecocks could be looking for a new defensive coordinator.

Muschamp saw a great deal of success as the defensive coordinator at LSU, the Miami Dolphins, Auburn, and Texas before getting the head job at Florida. South Carolina ranks 98th in the the country in total defense, and has been the reason for their disappointing season.

Gamecocks head coach Steve Spurrier coached at Florida from 1990-2001 and has supported Muschamp in the past. Given that he's one of the best defensive coordinators in the country, it makes sense for Spurrier to do go after him to coach his defense.

No moves will be made regarding current South Carolina defensive coordinator Lorenzo Ward until after the season, at which point the dominos will start falling.