Looking Ahead: Predictions for South Carolina Football in 2014 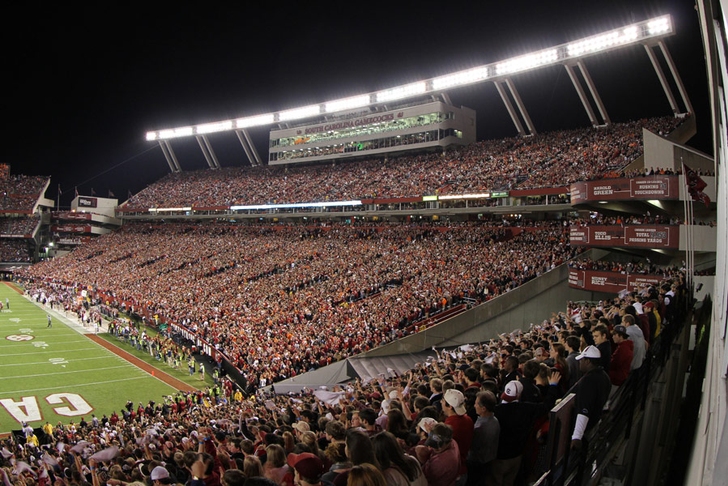 The Gamecocks were one win away from playing for it all.

A slip-up back in October in Knoxville against the Volunteers cost South Carolina a chance to play in Atlanta for an SEC Championship. Had the Gamecocks pulled off a win there, they'd most likely be playing in Pasadena for a National Championship.

This is the third year in a row that one game has cost USC a chance to play in Atlanta and possibly for a BCS title. In 2011, an inexplicable loss at home to an unranked Auburn team was the dagger. In 2012, it was a heartbreaking loss at LSU followed up by a terrible showing in Gainesville against the Gators that kept them out of Atlanta.

Although South Carolina could clinch an unprecedented third straight 11-win season with a Capital One Bowl victory over Wisconsin on New Year's Day, there's a feeling around Columbia that more is expected. And while there's never an easy schedule in the SEC, the Gamecocks' 2014 slate is not terrible.

South Carolina will play Texas A&M, Georgia and Missouri at home. All three teams will likely have new quarterbacks (assuming Johnny Manziel leaves for the NFL), and A&M and Georgia both finished in the bottom third of the SEC in scoring defense in 2013. Missouri will present challenges with their defensive front, but look for South Carolina to win all of these SEC contests.

The Gamecocks' SEC road schedule is no cakewalk as they travel to Vanderbilt, Kentucky,

Auburn, and Florida. While they should have no trouble with the Wildcats, Vanderbilt will never be a gimme as long as James Franklin is at the helm. Florida will still be struggling to regain their form after a dismal 2013 season, but a game is the Swamp is never easy. South Carolina's toughest conference road contest will be when they travel to Auburn on October 25th. Auburn will be the defending conference and possibly national champions, and running back Tre Mason may be back for his senior season after rushing for over 1600 yards in his junior campaign. Look for South Carolina to drop their road game at Auburn but win their other three road contests.

USC shouldn't have much trouble with their non-conference slate of East Carolina, Furman and South Alabama. They'll finish the 2014 regular season with a trip to Death Valley, where they'll try to make it six in a row against their in-state rival Clemson. While it's never easy to beat anyone six times in a row, look for South Carolina to do just that.

After all is said and done, the Gamecocks will finish the 2014 season with an 11-1 record and finally win the SEC East, most likely setting up a game against Alabama or Auburn in Atlanta. With the new playoff system coming to college football next year, it's very possible for Carolina to get in with a win in Atlanta. You heard it here first: