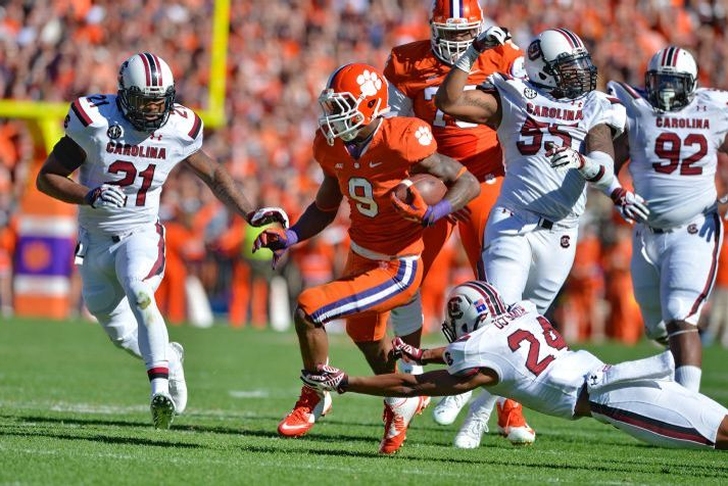 South Carolina got on the board first, but Clemson was dominant from that point on. The Tigers scored 21 straight points to gain control and never looked back as they held on for the easy win.

Clemson put the game away in the third quarter, when Artavis Scott caught a 70 yard touchdown pass just one day after South Carolina kicker Elliott Fry missed a field goal that would've made it a one-possession game.

South Carolina was just 6/15 on third down in the game and were held to just 63 yards rushing. They were unable to control the game because of their lack of effectiveness in these areas.

Freshman wideout Artavis Scott caught eight passes for 185 yards and a touchdown. He did most of his damage on short, jet-sweep tosses that he turned into huge gains.

Quarterback Dylan Thompson set the school record for single season passing yards in this game, and had another solid game today. He threw for 249 yards and a touchdown on the game.

South Carolina and Clemson are both bowl eligible and now wait for the conference championship games to end to find out where they'll be playing this postseason.