Gamecocks Primed for Combat Against Colonels 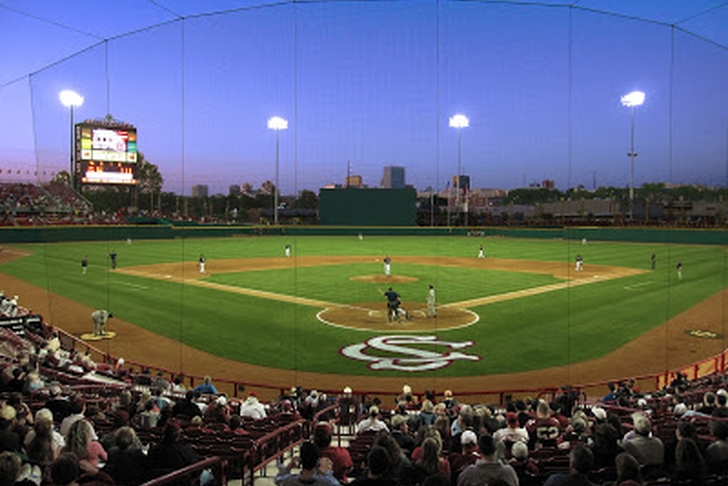 The South Carolina Gamecocks (4-0) are set to square-off against the Eastern Kentucky Colonels (1-3) at 3 p.m. in Carolina Stadium to kick off a three-game series that will run through Sunday. The Colonels will be the second foe from the Ohio Valley Conference that the Gamecocks have faced this season, with Bucknell being the first.

Eastern Kentucky limps into the series after a 13-1 mid-week thrashing at Louisville. The Colonels will be looking for some vast improvements in one of the most difficult parks in the country for visiting teams. The Colonels will have to bring their best game, as they've been outscored 40-8 over their first four games. The Gamecocks are in the exact opposite situation, as the team has outscored opponents 45-6 in its first four games.

South Carolina has certainly been playing at a high level so far into our very young 2014 college baseball season. The Gamecocks have seen several bright spots both offensively and defensively already this season. Pitchers, both starters and relievers, have been impressive in all of their outings. South Carolina has a great amount of depth in their rotation and bullpen. This could be a very successful formula.

Offensive productivity hasn't been much of an issue for South Carolina so far this season either. The Gamecocks have scored at least 12 runs in three of their four games. Junior Kyle Martin from Greenville, S.C. has been on an outright tear these first four games, hitting for a .692 average and driving in seven runs. Martin provided the insurance on Tuesday against Presbyterian by driving a pitch well over the right field wall at at Carolina Stadium.

Here's the schedule and projected starters for this three-game series: