Five Reasons to be Happy About the Gamecocks' Bowl Bid 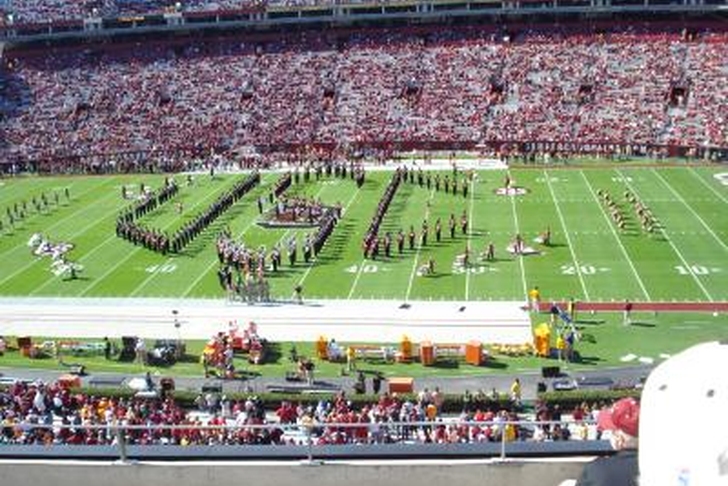 #5 - The University of South Carolina is getting paid very nicely.

Honestly, the South Carolina Gamecocks have 4,550,000 reasons to be playing in Orlando this year. The Capital One Bowl is the highest-paying bowl game outside of the BCS Bowls. Getting the invite to this game is nothing to be ashamed of, but many fans don't realize the importance of the financial aspects of the game. South Carolina will be able to invest a lot of the payout money from the Capital One Bowl back into the currently up-to-date athletic facilities. The payout from the bowl will help the University of South Carolina Athletic Department make Columbia an even more attractive destination for potential recruits, in all sports.

#4 - Orlando is way cooler than Dallas.

If you're a Texan, this may offend you, but let's be honest with ourselves here: Orlando is cooler than Dallas. If you want to challenge me on this, then do me a favor and look at the current difference in temperature between the two cities. In addition, Orlando has Disney World, which trumps anything and everything that Dallas has to offer when it comes to entertainment.

#3 - The Gamecocks are still in the national spotlight.

While it's not the stage or spotlight that a BCS game would generate, the Gamecocks will still be playing on the huge national network, ABC, on New Year's Day. Playing on a national stage will be great exposure for the Gamecocks, and it will also bring a lot of experience to a young team. The Gamecocks will at least be given the avenue to let the country know that they're a BCS-caliber team.

If Steve Spurrier can achieve a win against Wisconsin, it will be the third consecutive season that his Gamecocks will have reached 11 wins. Before Spurrier's arrival, there had only been one 10-win season ever in the history of the Gamecocks' football program. Steve Spurrier has brought a winning attitude to Columbia, and that's putting it lightly. Not very many teams in the country can boast that they're attempting to complete their third straight 11-win season.

Tajh Boyd and the Clemson Tigers will be traveling to Miami, Florida to take on Ohio State in the Orange Bowl, but they still have to remember the six-turnover thrashing they took in Columbia on November 30th. While the Gamecocks may have never cracked into a BCS game, they have beaten Clemson five times in a row. That's something to be happy about, folks.