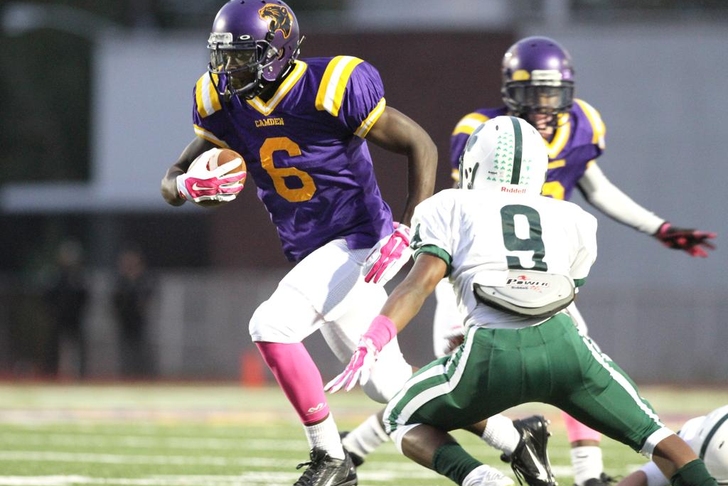 The South Carolina Gamecocks reeled in another solid recruiting class on National Signing Day, but Steve Spurrier and the rest of the coaching staff have already turned their attention to the Class of 2016. Here are their top targets:

Hawkins has elite speed and the size (6'2", 190 lbs.) that will make him a supreme deep threat at the college level. South Carolina is the heavy favorite to land him, but he's also considering Ohio State, Michigan, Florida, and Rutgers.

Gary is the top defensive tackle and second overall prospect in the country, and has every top program interested because of his superior strength. He is already built for the college game at 6’4″ and 285 pounds, and he should make an immediate impact for whoever signs him.

McIlwain committed to South Carolina almost a year ago, and hasn't wavered on that commitment one bit. He's a dual threat quarterback that uses his legs as his main weapon, but still has good accuracy and arm strength.

Lawrence is a top-15 overall prospect, and at 6'5" and 310 pounds, he has the strength and athleticism to start right away at the college level. Florida, Florida State, and Clemson are also fighting for Lawrence's services

Wilson is a top 10 prospect from Alabama, and South Carolina is trying to lure him away from Auburn and the Crimson Tide. His speed and instincts make him a menace from sideline to sideline, and is great in pass coverage.