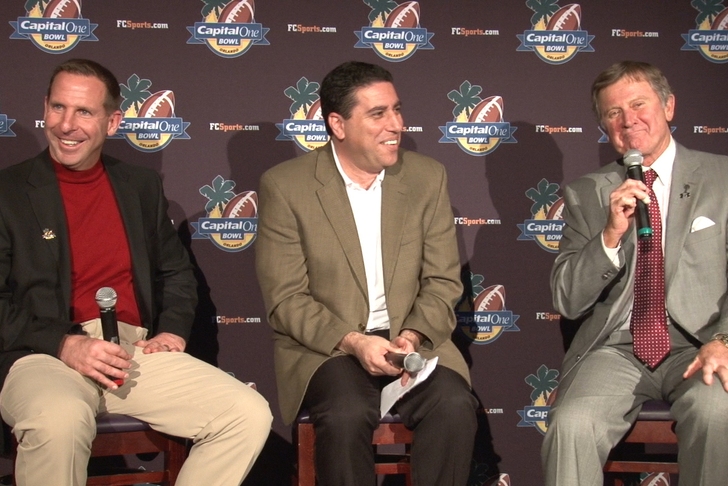 According to rumors coming out of Columbia, Pelini was flown into Columbia on Sunday to have a talk with Steve Spurrier. The content of their conversation is still unknown, but there have been strong indications that Spurrier is looking to replace current defensive coordinator Lorenzo Ward. Pelini was a defensive coordinator at Oklahoma, Nebraska and LSU before taking the Nebraska HC job, and it's very possible Spurrier wants to bring him in in the same capacity. South Carolina finished their 2014 regular-season schedule ranked 94th out of 128 FBS teams in yards allowed.

Last week, the rumor around campus was that Spurrier wanted former Florida HC Will Muschamp for the defensive coordinator job, but there has been no indication of mutual interest. Auburn, which is actively looking for a new DC after firing Ellis Johnson, is also rumored to be courting Muschamp.