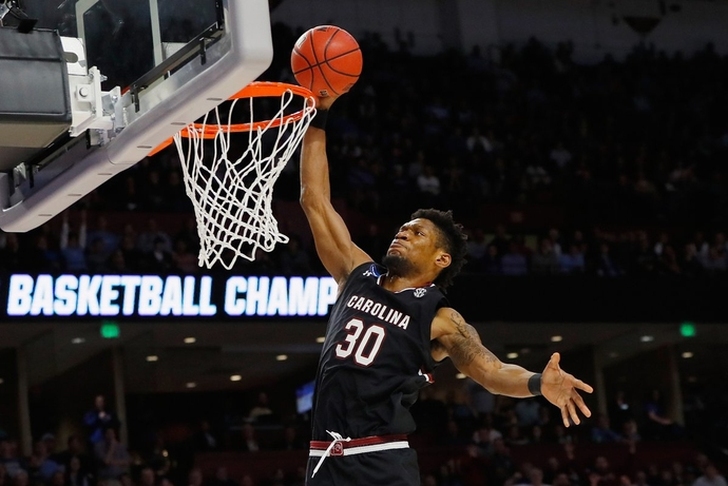 The No. 7 seeded South Carolina Gamecocks are headed to the Sweet 16. The Gamecocks used a fantastic second-half to beat the No. 2 seeded Duke Blue Devils 88-81. It's the first Sweet 16 berth in South Carolina program history.

South Carolina was down 30-23 at the half, but came alive in the second half. They led by as many as 11 and didn't let Duke make a miracle comeback.

Turnovers killed Duke. They coughed it up 18 times, while South Carolina had only 11. The Gamecocks also had 12 offensive rebounds to Duke's 8.

Five Gamecocks had double-figures, led by SEC Player of the Year Sindarius Thornwell's 24. Chris Silva had a double-double with 17 points and 10 rebounds. Duane Notice had 17, while P.J. Dozier had 11. Raykm Felder had 15 points and some key free throws late.

Jayson Tatum and Frank Jackson both had five turnovers, with both putting 15 points. Grayson Allen had a team-best 20 points. Luke Kennard fouled out and was limited to only 9 points. Amile Jefferson had 14 points and 15 rebounds.