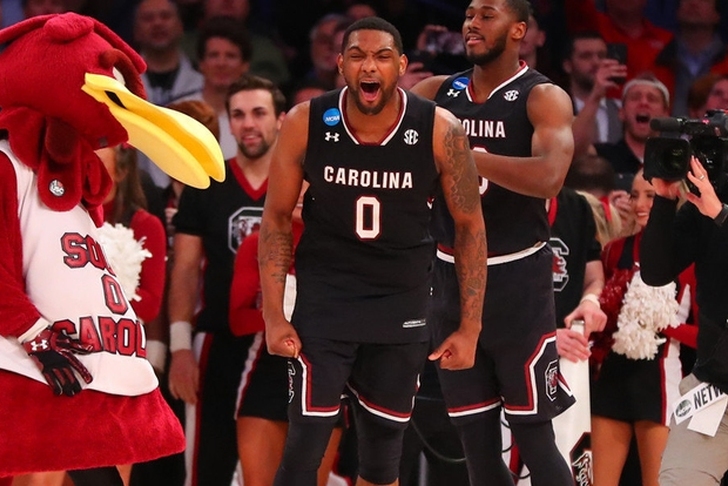 The South Carolina Gamecocks and Florida Gators split their two meetings in the regular season, so it was only fitting that the rubber match went down to the wire. And, when the dust had settled, it was South Carolina who emerged with the 77-70 victory to advance to the Final Four for first time in school history.

Led by star Sindarius Thornwell (26 points, seven rebounds), the Gamecocks used a strong second half on both sides of the court to earn the victory.

It was back-and-forth in the first half, with neither team being able to gain control until Florida ripped off a 14-7 run in the final four minutes, taking a 40-33 lead into the break. Three-point shooting was big for the Gators in that half, as they went 7/12 from beyond the arc.

However, South Carolina responded immediately, coming out of the break on a 18-8 run to claim a three-point lead of their own. The teams continued to trade the lead throughout the rest of the half. Then, in the final two minutes of the game, the Gamecocks went on a quick 4-0 spurt to take get a small lead, then made their free throws down the stretch.

South Carolina also got a major boosts from P.J. Dozier (17 points) and Chris Silva (13 points, nine rebounds), who made three free throws in the final minute.

Florida star KeVaughn Allen was limited to just 13 points on 4/12 shooting in this one, but senior forward Justin Leon tried to pick up the slack with 18 points.

South Carolina will now face Gonzaga in the Final Four on Saturday in Glendale, Arizona.