3 Reasons Why South Carolina Will Beat Georgia This Weekend 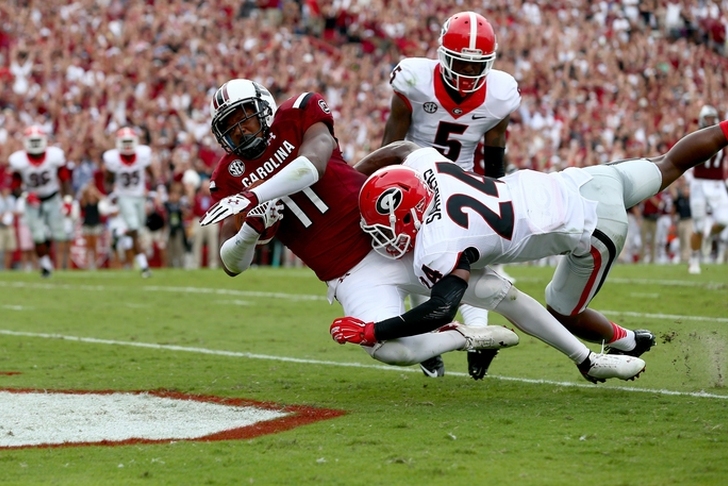 The South Carolina Gamecocks suffered a disappointing loss to Kentucky last weekend, but played well in the second half and nearly pulled off a big comeback. Now they'll look to carry that momentum into their matchup against Georgia - here are three reasons why they'll beat the Bulldogs and pull the upset:

Orth took over for starting quarterback Connor Mitch when Mitch suffered a shoulder injury against Kentucky, and he never looked back. The former walk-on completed 15 of his 22 passes for 203 yards and one touchdown in the first extended action of his career, and moved the offense with extreme efficiency. Look for them to do the same thing against Georgia on Saturday.

Georgia is led by Nick Chubb, arguably the best running back in the country. However, he's had to carry the entire offense because of the shaky play of starting quarterback Greyson Lambert. He's only thrown 33 passes through the first two games (57.6 completion percentage) and is averaging less than eight yards per attempt. South Carolina will be able to load the box to stop Chubb because Lambert hasn't shown he has the ability to beat a defense.

1) Brandon Wilds and the running game

South Carolina is one of the best rushing teams in the country, averaging nearly 225 yards per game as a team. Fifth-year senior Brandon Wilds is the leader of the group with 157 yards through two games, but speedsters Shon Carson (111 yards) and David Williams (60 yards) help carry the load. With the passing game struggling this year, these guys have shown they have what it takes to lead a successful offense.