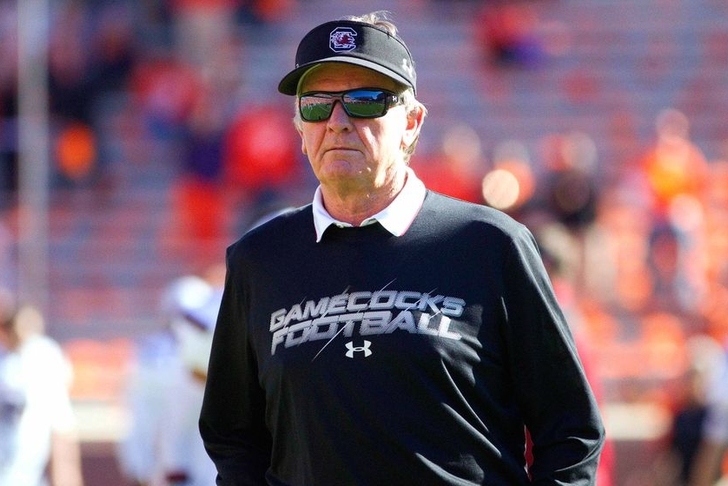 It was a quiet offseason for the South Carolina Gamecocks, but that doesn’t mean there’s nothing to be optimistic about when the 2015 college football season gets going. Here are three reasons why the Gamecocks will make the College Football Playoff this season: The biggest question surrounding South Carolina this offseason has been at the quarterback position, with the inexperienced Connor Mitch expecting to win the job. The running game will be in good hands with fifth-year senior Brandon Wilds, but Pharoh Cooper will provide Mitch (or whoever's under center) with one of the premier targets in college football. Throw in his abilities as a return man and as a wildcat quarterback, and South Carolina's star should shine on the national stage in 2015.

Let's face it, the Gamecocks can't get much worse on defense then they were last season. South Carolina's defense struggled with inconsistency in the areas of pass rushing and wrap-up tackling in 2014, but that wasn't a problem in spring practice. A lot of young defensive players were thrown into the fire in 2014, and with a year of experience under their belt, they should be drastically improved - especially in the second. Plus, the hiring of Jon Hoke as co-defensive coordinatior won't hurt things, either. The Ol' Ball Coach is second on the SEC's all-time wins list for a reason - he doesn't have two down years in a row. Spurrier has made his name for innovation on the field and finding new ways to motivate his team. With lower than normal expectations for the Gamecocks, he won't have to look far.