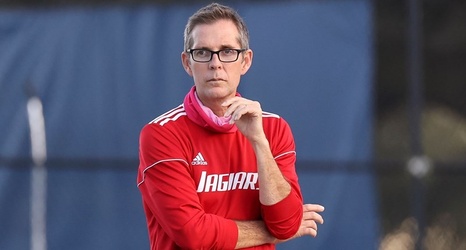 MOBILE, Ala. – The University of South Alabama women's tennis team head coach, Jaco Keyser, announced the signing of Lara Van der Merwe, who will join the program for the 2021-22 season.

Van der Merwe, a native of Potchefstroom, South Africa, was a part of the South African national team since u/12 and was also ranked No.1 in South Africa in u/12, u/14 and u/18. She has earned two International Tennis Federation (ITF) titles in singles and four ITF titles in doubles.

She was ranked No. 182 in the World Junior Rankings and was also in the top two of the South African Junior tennis throughout her career.