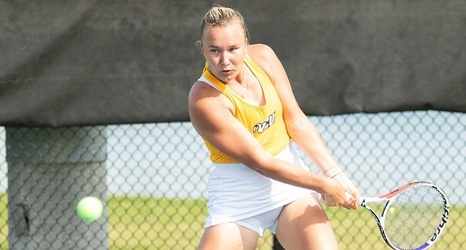 MOBILE, Ala. – The University of South Alabama women's tennis head coach Jaco Keyser announced Tuesday afternoon that VCU transfer Luminita Tutunaru will be joining the team in the fall of 2021.

The Targu-Jiu, Romania, native was ranked in the top five in Romania in Girls U18', U16', U14' and U12'. She also represented the Romanian National Junior Team through 2017-18 in the International competition.

"We're excited to have Lumunita join the team this August.", said Keyser. "Great junior resume representing Romania in International competition and done a great job representing NCAA participant and nationally ranked VCU at the top of the line up since her freshman year.