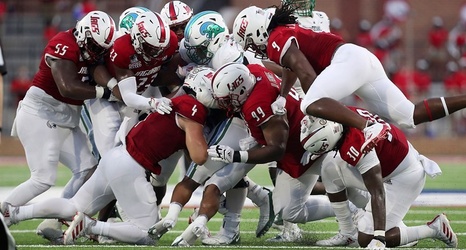 MOBILE, Ala. – University of South Alabama Director of Athletics Joel Erdmann announced on Thursday that the school has signed a two-game contract to face Army in football.

The first match-up between the Jaguars and Black Knights will take place in West Point, N.Y., on Sept. 7, 2030, with the return contest in Mobile set for Sept. 20 the following year.

The Jags are also slated to take on UAB in both those seasons, playing host to the Blazers in 2030 before traveling to Birmingham the next fall.

South has already faced the other two service academies since moving up to the NCAA Football Bowl Subdivision level.