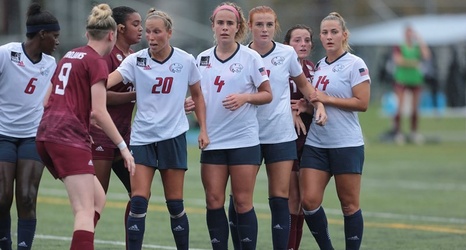 BOONE, N.C. – The University of South Alabama soccer team scored three goals in 10 minutes and 28 seconds of the second half as they claimed victory over Appalachian State, 3-0, Sunday at the Ted Mackorell Soccer Complex.

After moving into a high press after the halftime intermission, the Jaguars forced a turnover the lead to junior Morgan Cross getting the ball free down USA's left side. Cross drove a low pass across the box to graduate-student Athanasia Moraitou who was unmarked at the edge of the goal box. The Greek international promptly smashed the ball past the Mountaineer defense giving the Jaguars the lead at the 57:34 mark.