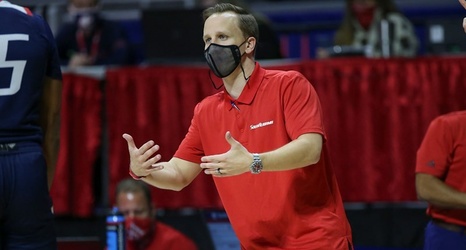 MOBILE, Ala. – University of South Alabama head men's basketball coach Richie Riley made the announcement Thursday that current assistant coach Tyler Parker is being promoted to the program's recruiting coordinator.

Parker — who has been involved in all coaching duties since his elevation to an assistant position on the staff two years ago — not only is in charge of recruiting for the Jaguars but also developing the team's guards.

"Tyler is one of the best recruiters in the country. Not only does he work incredibly hard at it, but he has a detailed approach that is unmatched," said Riley.