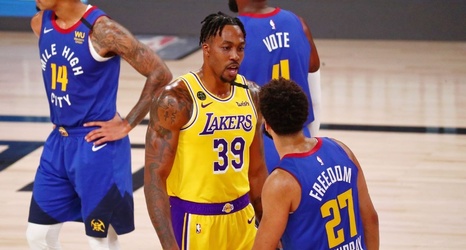 The last time we saw the Los Angeles Lakers, nearly a week ago when they were finishing off the small-ball Houston Rockets in the second round of the playoffs, centers Dwight Howard and JaVale McGee had been relegated to socially distant cheerleaders on the bench. An important role in a mostly-empty, fanless arena, although not what a future Hall of Famer and a two-time NBA champion were accustomed to.

But this was exactly what Howard had promised the Lakers he was up for this season, when they took him back into the organization after his ill-fated 2012-13 stint left a bad taste in everyone's mouth.