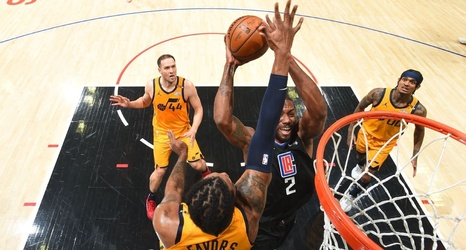 With the LA Clippers trying to hit their stride in their second-round NBA playoff series with the Utah Jazz, Kawhi Leonard appeared to be at the height of his powers with a monstrous dunk late in the first half.

LA entered Monday night's Game 4 at the Staples Center hoping to pull even with the Jazz and got off to a strong start, as the Clippers built their lead as high as 29.

Leonard took a pass from Patrick Beverley and drove the lane before putting Utah's Derrick Favors on a poster, giving the Clippers a 62-38 lead with 1:24 to go before intermission.