MILLENAAR AND YEGO NAMED SBC RUNNERS OF THE WEEK 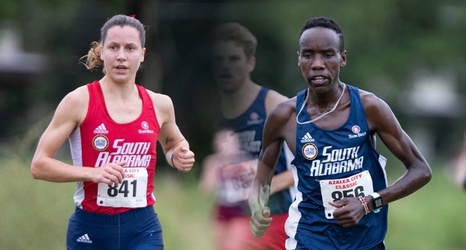 NEW ORLEANS – After opening the 2020 campaign with 5k wins at the Azalea City Classic over the weekend, University of South Alabama cross country runners Carolien Millenaar and Kirami Yego were selected as the Female and Male Sun Belt Conference Runners of the Week on Thursday as announced by the league office.

The honor marks the third of Millenaar's career as she was twice selected as the top runner in the conference during the 2019 season, while it is the first of Yego's young career.

Millenaar picked up where she finished off a season ago as she paced the field at the Azalea City Classic crossing the line with a time of 17:49.