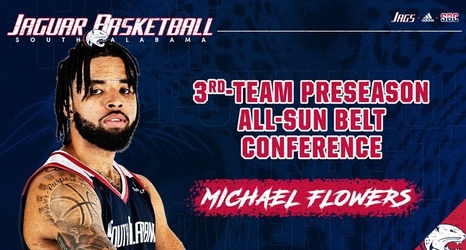 Voting was conducted among the league's 12 head coaches.

Flowers — a 6-foot-1 guard from Southfield, Mich. — was an honorable mention all-Mid-American Conference selection last season after averaging 17 points and 2.9 rebounds, handing out 104 assists, and shooting 36.8 percent from three-point range and 84.4 percent at the free-throw line at Western Michigan. He ranked sixth in the league in scoring and free-throw percentage, ninth in assists and 10th in assist-to-turnover ratio while scoring 10 or more points 29 times.