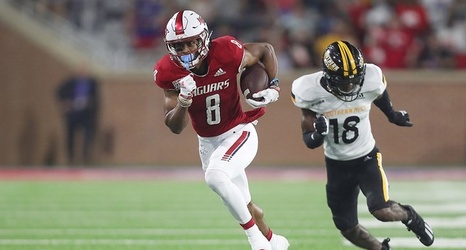 LAS VEGAS – With the 88th pick of the third round, Jalen Tolbert became the third University of South of Alabama football player to be selected by the National Football League in the 2022 Draft held at Allegiant Stadium in Paradise, Nevada, home of the Las Vegas Raiders.

With the selection, Tolbert joins former Jags Kawaan Baker, who was selected in the seventh round with the 27th pick – 255th overall – by the New Orleans Saints in the 2021 draft, and Gerald Everett, who was chosen with the 12th pick – 44th overall – in the second round of the 2017 draft by the Los Angeles Rams.