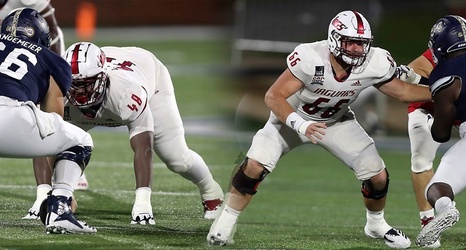 MOBILE, Ala. – For the third straight season, the University of South Alabama football program had multiple players honored for their work in the classroom with the announcement Thursday of the College Sports Information Directors of America (CoSIDA) Academic All-District® Football Team.

Both Brian Ankerson and Gi'Narious Johnson were honored and will now be on the ballot for the organizaton's Academic All-America Team that will be announced next month. Ankerson becomes the first individual in program history to earn CoSIDA academic all-district accolades on three different occasions while Johnson is the first Jaguar defensive lineman to be recognized since Jesse Kelley in 2014.