JAGUAR FOOTBALL GAME AT ARKANSAS STATE TO BE SHOWN ON ESPN3 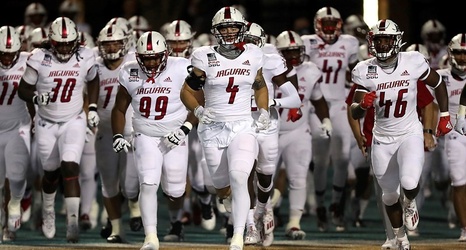 The Jaguars and Red Wolves will kick off at 2 p.m. (CST) at Centennial Bank Stadium that day, with the match-up scheduled to be South's final road contest of the fall.

The meeting will be the fifth in the all-time series held in Jonesboro, Ark., as the Red Wolves have won the previous four. South Alabama defeated ASU, 34-30 in Mobile to close out last season.

For more information about South Alabama athletics, check back with www.