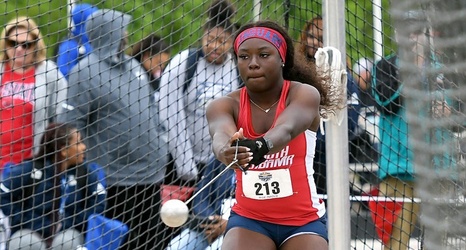 EUGENE, Ore. – The University of South Alabama's senior Autavia Fluker was awarded the Second-Team All-American honors at the NCAA Division I Outdoor Championship Thursday evening at the Hayward Field in Eugene, Ore.

The Bessemer, Alabama, native was shy two spots away from being named First-Team All-American after having the 11th best throw out of 24 competitors in the hammer with a 66.31m performance. It was the first time the senior had ever reached the NCAA Outdoor Championship in her five years with the program.

Fluker will close out her season with the Jaguars after she competes in the Olympic Trials on June 24 at Hayward Field in Eugene, Ore.