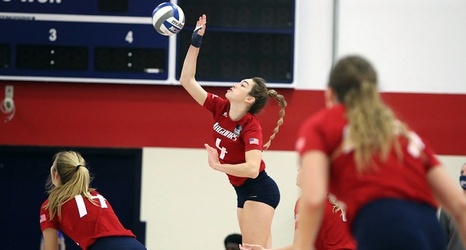 GSU swept the three-match series with the win, which extended the Jaguars' losing skid to five matches. South Alabama fell behind in the match 2-0 before rallying to take sets three and four to force a fifth set, which the Panthers secured 15-12. Jaguar outside hitter Hannah Maddux recorded a career-high 27 kills in the match, marking the most by a Jaguar since Kelley Hartman's 29 kills at Georgia State last season.