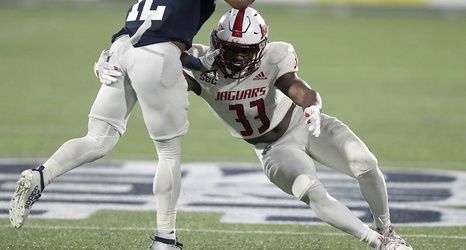 Kennedy scored on runs of 14 and 15 yards, with the second coming with just over eight minutes left to play, on the way to finishing with 90 yards, with Shai Werts adding 91 yards and J.D. King posting 74 as well for the Eagles (4-2, 2-2 Sun Belt).

Keith Gallmon paced all players with nine total stops, adding a forced fumble and an interception to lead the Jaguars (3-3, 2-1 SBC), who also got eight stops from Riley Cole and six from Christian Bell.