ESPNU TO CARRY ANNUAL “BATTLE FOR THE BELT” MATCH-UP 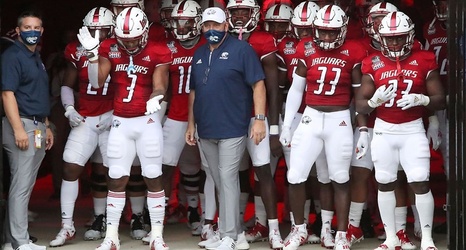 The contest at the new Hancock Whitney Stadium will get underway at 7 p.m. (CDT) on Saturday, Oct. 3.

This marks the fifth year in a row that the match-up will be broadcast on ESPN's networks, and the first time it will be shown on ESPNU since 2016. It will also be the first occasion the two teams will meet on a Saturday dating back to the 2015 campaign.