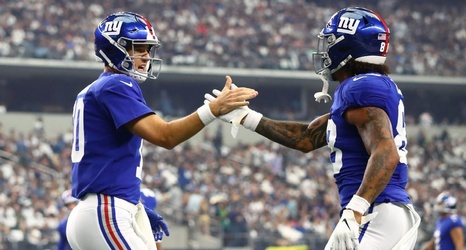 Quarterback Eli Manning will start for the New York Giants against the Philadelphia Eagles on Monday Night Football, the team announced Saturday.

Daniel Jones was officially ruled out Saturday due to a high ankle sprain. Also ruled out for the Giants are tight ends Evan Engram (foot) and Rhett Ellison (concusssion), along with Corey Ballentine (concussion).

Engram had been expected to return after missing three games, which would have given Manning a full complement of weapons on offense as the Giants (2-10) are trying to snap an eight-game skid.