Where Could Lionel Messi Realistically Go? 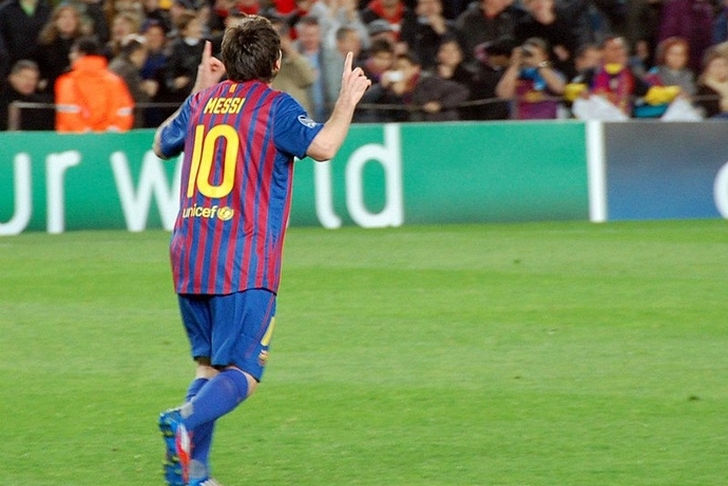 The news that Lionel Messi has handed in a transfer request at Barcelona is the biggest one in world sports at the moment. Everyone, whether they're interested in soccer or not, knows who Lionel Messi is. Those who know a little more about him than his name also know what a huge deal this is. Messi might be Argentinian, but he's been with Barcelona for more than half his life. He was a thirteen-year-old child when he moved to Spain to sign for the club twenty years ago. He's now a 33-year-old, coming to the end of his prime years in the sport. Everyone expected him to stay with the Catalan club for his whole career. That might not now be the case.

Wherever you look in the soccer-based corners of the internet, you'll find debates about whether it's Lionel Messi or Cristiano Ronaldo who deserves to be seen as the greatest player of all time. Let's be clear about the correct answer to that question. It's Messi. Ronaldo is the one who's had the more glamorous career. Ronaldo is the one with the string of big-money transfers, and the physique like a Greek god. It's Ronaldo who has a sculpture of his face at an airport, and whose likeness was used for the 'Striker Goes Wild' online slots game. You won't find any depictions of Lionel Messi in online slots games; that sort of thing doesn't interest him. He's always been all about football and nothing else. The only connection to be made there is that you'd have to win the maximum jackpot of online slots game like Rainbow Riches online slot several thousand times over to cover the cost of his salary for a single year.

If Messi does leave Barcelona - and even though he’s handed in a formal transfer request, that’s still a very big ‘if,’ there are very few clubs in the world who could afford to acquire him. Right now, Messi believes he can leave on a free transfer because of a clause in his contract. Barcelona believes that the clause has expired, and his astronomical $700m buyout clause still applies. That matter might have to be resolved in a courtroom and will have big implications in terms of who might be able to countenance such a move, but even if he were to be available without a fee, his salary alone would cost $100m a year. That rules all but the most rich and elite clubs in world football out, so who could afford that kind of money without bankrupting themselves in the process?

Manchester City
The smart money says that if Lionel Messi plays anywhere other than at Barcelona next season, it will be at Manchester City. Even at the time of writing, there are some (as yet unconfirmed) stories that suggest that he’s already agreed on personal terms with the club, and his transfer now hinges on his contractual situation with Barcelona. The attraction of the deal is obvious. Manchester City, as a club, has the financial means to complete the move even if a transfer fee is required. The club's manager, Pep Guardiola, managed Barcelona during the happiest and most successful years of Messi's career, and Messi considers Guardiola a friend as well as a coach. There are other figures within City's hierarchy who also once worked with Messi in Barcelona. Of all the places Messi could go, this is the destination that makes the most sense both logically and financially.

Manchester United
City is likely to face competition for Messi's signature from their neighbors. Manchester United also has the financial muscle to bring Messi in and pay him what he wants. The club's owners also own the Tampa Bay Buccaneers, and they recently pulled off a shocking piece of business by bringing in Tom Brady. Could they repeat the trick and bring the world's best soccer player to their English Premier League club? The money isn't an issue, and the appetite to complete the transfer isn't in question, but Messi may not be so enthusiastic. Even though United have qualified for next season's Champions League, they're still a club in a rebuilding phase. Ole Gunnar Solskjaer does not have the pedigree of Pep Guardiola as a coach, and Messi has decided to leave one rebuilding project at Barcelona. He probably won't want to wade straight into another one at Manchester United.

Paris Saint Germain
Whenever there's a big-money player available, the Qatari-backed French champions Paris Saint Germain get namechecked. They already have Kylian Mbappe, who is arguably the best young player in the world, and Messi's former Barcelona teammate Neymar. Messi enjoyed playing with Neymar at the Nou Camp, and would probably welcome the opportunity to play alongside his former strike partner again. An attacking trio of Messi, Neymar, and Mbappe would be the most potent in Europe, and might finally bring PSG the Champions League trophy they so desperately crave. All of this looks good on paper, but PSG has already had their finances scrutinized by FIFA's "Fair Play" commission more than once. It's hard to imagine how they could throw down yet more money to bring in Messi alongside their existing two marquee players without attracting further suspicion, and it may be just as hard to imagine Messi wanting to play in the French league. PSG, Lyon, and Monaco aside, it's a weaker competition than the Spanish or English leagues.

Inter Milan
If Barcelona is able to demand a transfer fee for Messi, Inter Milan is probably out of the running. If, however, he can be picked up for free, Inter might be able to stretch to covering his wages and any other associated costs. The Italian league, which moves at a slower pace than the English Premier League and is less physical, might be kinder to Messi's 33-year-old legs. Inter's interest in Messi is no secret, and they appear to be the most realistic of the options that might exist for the Argentinian in Italy. While it would be every Football Manager player's dream to see Messi and Ronaldo play together at Juventus, it's more likely that they'd end up on opposite sides just as they did at Barcelona and Real Madrid. Juventus, having spent so much money on Ronaldo two seasons ago, doesn't have the capital to bring Messi in. Inter does. Persuading him that they represent a better option than the one waiting for him at Manchester City might be the biggest obstacle to seeing this move through to completion.

As much as this transfer speculation has soccer fans salivating, there's still a strong chance that Messi withdraws his request and stays where he is. The reason for his dissatisfaction at Barcelona is thought to be the direction that the club is heading in under current president Josep Maria Bartomeu, and if the president were to resign, it's believed that Messi would stay. Bartomeu is under heavy pressure from Barcelona fans to quit, and his position is almost certainly untenable already. Messi to Manchester City is the most likely move if any move were to happen, but Messi staying put is still the most likely outcome of them all.