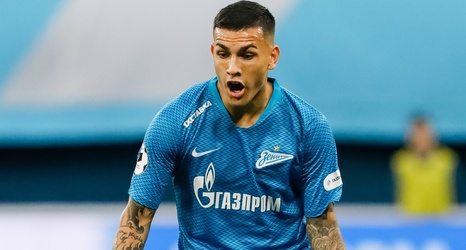 Leandro Paredes found himself in the middle of a controversy in Russia this week regarding a red card and the final of the Copa Libertadores.

This past weekend, Paredes earned a red card in a match between Zenit Saint Petersburg and Akhmat Grozny, prompting fans to accuse the midfielder of deliberately being sent off in order to attend the Copa Libertadores final between Boca Juniors and River Plate on Saturday.

The Argentinian was dismissed with eight minutes left in the match, and will automatically be suspended for next Sunday's clash with CSKA Moscow.

He had already planned a flight to attend the South American clash following Thursday's Europa League clash with Bordeaux, but ended up changing the timing following the red card.