Zaldivar: There is frustration and anger in Chivas dressing room after shock Atletico defeat 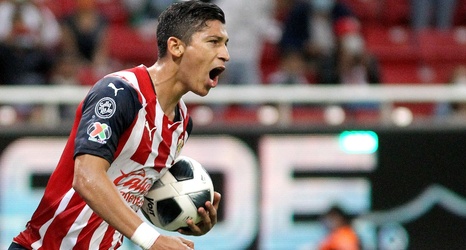 Angel Zaldivar says Chivas are "very angry" following their 2-1 defeat against Atletico San Luis on Saturday, in a match they were favoured to win to begin their Liga MX campaign.

The season-opening Apertura result caused frustration in the dressing room, the forward admitted, and cast a troubling aura over the return to club action.

However, Zaldivar views the outcome as an early opportunity to correct problems in the squad and learn from mistakes when Chivas face his former team Puebla later this week.