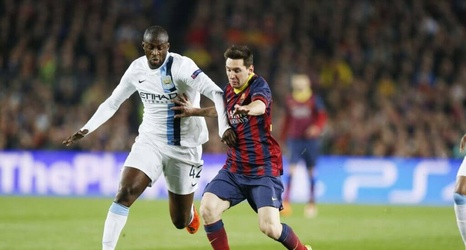 Yaya Toure has spoken of his desire to return to Barcelona someday as a coach in an interview with Spanish radio station Cadena SER.

Toure played for Barcelona for three years from 2007 to 2010 before his move to Manchester City. During this time, he made 118 appearances, scoring six goals and winning four major trophies.

The Ivorian recently retired from his playing career and has begun to move into coaching. He currently works as an assistant coach for Ukrainian first division side Olimpik Donetsk.

Speaking to Cadena SER and relayed by Get Football News Spain, Toure stated his intentions for his future, hoping to return to the Camp Nou one day in a coaching role.