Working with Pochettino persuaded me to reject PSG for Spurs - Foyth 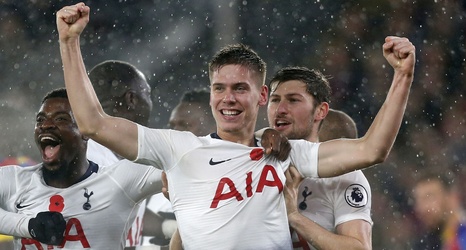 Tottenham defender Juan Foyth has revealed Mauricio Pochettino was the reason he decided to join Spurs ahead of Paris Saint-Germain.

The Argentine joined the north London club from Estudiantes in 2017 when he had the option to join the Parisians instead.

Foyth, 21, has made six appearances in the Premier League this season and has been added to Tottenham's Champions League squad going into the last 16.

Speaking to ESPN, Foyth said: "More than anything I decided on Tottenham because there was an Argentinian manager and support team — or they can [at least] speak Spanish — and because it was a club that supported young players a lot.