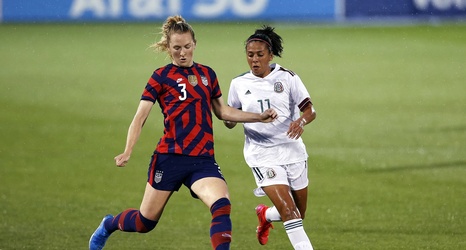 México held firm for most of the match but fell apart in the end, losing to their northern neighbors 4-0 in the first of a two game series. Christen Press had a brace, while Samantha Mewis and Tobin Heath each contributed one.

Both teams came out fairly even, with México playing rather conservatively and the US pressing. México was able to get some good possession early, using María Sánchez down the left flank to press forward. The US mainly seemed interested in sending long balls over the top, most of which were well-read by the Mexican defense. México’s first shot was in the sixth minute when Rebeca Bernal teed one up from distance that went well over the goal.