Women Finally Get Their Own World Cup Soccer Style 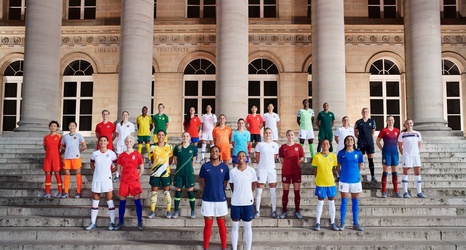 The United States women’s soccer team has been fighting for gender parity not just in the courts — suing the United States Soccer Federation last week for discrimination — but also in their uniforms, known as kits. And at least when it comes to the clothes and the Women’s World Cup, they have won.

On Monday, at a global event in Paris, Nike revealed the new home and away uniforms for 14 out of 24 competing teams, and for the first time since the brand began working with the WWC tournament in 1995, each one of them was made specifically for the women’s teams, not as derivations or extensions of kits made for men.