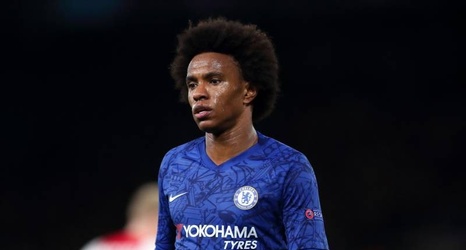 Chelsea forward Willian has revealed he turned down a move to Barcelona in 2018, and would one day like to play for former club Corinthians again.

The Brazil international was previously linked with a switch to the Camp Nou, but the player said he opted to remain with the Blues in the Premier League.

Speaking to DAZN series Saudade (h/t TalkSport's Josh Fordham), Willian said he's settled in the capital, but would one day consider moving back to his first club—Brazilian league giants Corinthians.

"The only real official offer I had came from Barcelona, last year, after the World Cup.